Pete Lau, OnePlus CEO, at an event in Europe had said that the new generation of OnePlus 5G flagship devices will reach consumers in 2019 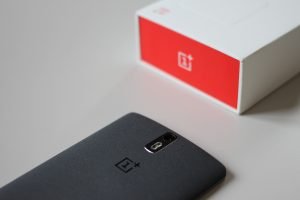 OnePlus CEO Pete Lau announced that OnePlus will be the first to release a 5G commercial smartphone in Europe. The handset will be available first on UK operator EE, which is the UK’s number one mobile network and part of British Telecom Group.

Pete Lau, at the event, said, “The pursuit of speed has defined the OnePlus DNA since OnePlus was founded five years ago. There’s no one more suitable than OnePlus to make a 5G smartphone. Our users are always eager to try new things and they are now ready to experience the next generation of connectivity and speed. In response, OnePlus has poured efforts into 5G research since 2016. Today, we stand poised to embrace the dawn of 5G.”

According to Counterpoint Research, OnePlus is now among the top five high-end smartphone Android brands across the world, and holds the most market share in the premium smartphone segment in India.

OnePlus will be launching its first 5G smartphone in UK’s four capital cities namely– London, Cardiff, Edinburgh and Belfast, and Birmingham and Manchester. OnePlus and EE, as per an official statement, are working on an R&D partnership to ensure the best possible 5G connected experience for customers.

Marc Allera, CEO of BT’s consumer division, said, “EE and OnePlus have a shared vision: to give our customers the best connected experience possible. We’re working together on cutting edge technology to deliver that, and we’re leading the world on the journey to 5G. Adding 5G to the UK’s number one 4G network will increase reliability, increase speeds, and keep our customers connected where they need it most. We have an ambition to connect our customers to 4G, 5G or Wi-Fi 100% of the time.”

The timing, OnePlus will be launching its 5G smartphone in India, is no confirmed yet. However, it is a strong possibility that the brand can debut OnePlus 7T as a 5G compatible smartphone in the second half of 2019. OnePlus 5G smartphone is also believed to be a expensive than the brand’s existing range of flagship devices.

Brands including the likes of Samsung and LG may be showing their first commercial 5G devices at the Mobile World Congress 2019. It is scheduled to take place in Barcelona, Spain next month

Home Automation Segment has been the Game Changer: Kunal Nandu