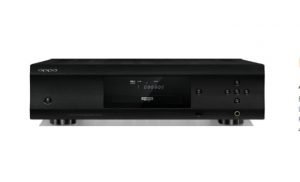 Oppo has officially entered the UK, Turkey and Poland markets, and will start retailing its line-up of devices in all the three countries soon. The brand even organised a local brand launch conference to introduce its flagship products in the three markets.

The brand has started its operations in Turkey, UK and Poland by selling Blu-ray players. Interestingly, Oppo Blue-ray players are not yet available in India. As a matter of fact, the market for such players may not be that rewarding in the country.

OnePlus, which operates under the same umbrella as Oppo, had earlier announced that it will be the first smartphone brand to offer commercial 5G smartphones in Europe. Oppo, Vivo and OnePlus operate under the umbrella of China based BBK company.

We had earlier reported that China-based smartphone maker Oppo is gearing up to launch its K-Series smartphones on Flipkart. This is the first time that the brand is taking the online route to launch a smartphone series in the country. The official launch will take place during the next two weeks of February.

It is to be noted here that Oppo, just like Vivo and OnePlus, operates under the umbrella of China-based BBK. While Vivo and OnePlus have strong online presence, Oppo is mre known for its presence in the offline sales channel. Interestingly, OnePlus has operated as an Amazon only brand in India till now.

TCL Aiming to be Number Two TV Brand in India by...

Aisen Aims to Capture 10 Per cent TV Market Share in...