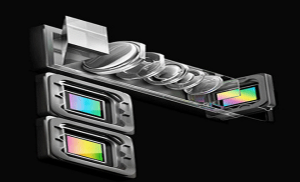 China-based smartphone maker Oppo has announced that it will be showcasing its 10x lossless zoom camera technology in Barcelona during the upcoming Mobile World Congress event. Interestingly, Vivo has also recently announced that it will showcase its concept 5G smartphone at the same event. It is to be noted here that Vivo, Oppo and OnePlus operate under the umbrella of China based BBK company.

A company spokesperson at a recent event held in Beijing had said that Oppo’s 10x lossless zoom technology meets commercial standards and is ready for mass production. Oppo has used three cameras in order to enable the technology.

All three cameras encompassing the technology operate in tandem to maximize their respective advantages, optimise imaging quality at various zoom ranges to achieve 10x zoom in a relay manner. To maintain image quality at all ranges, Oppo has introduced dual OIS optical image stabilization on both standard and telephoto cameras.

Use of periscope structure in the technology

In addition to the triple-camera structure, Oppo claims that its ‘periscope structure’ is also paramount to achieving 10x lossless zoom technology. The periscope-inspired design, as per Oppo, makes full use of the width and thickness of the phone through the lateral arrangement and refraction of the lens set. As a result more space is saved, and the mobile phone can use a larger optical component under the premise of ensuring that the mobile phone body is thin and light, so that the mobile phone has a telephoto shooting capability.

Oppo has also announced a new wide zone optical fingerprint recognition technology, which can recognise an area up to 15 times of the current mainstream optical solution. Oppo claims that users can unlock or pay by using fingerprint anywhere in the entire area.

The Demand For Inverter ACs is Rising Now: Amrit Electronics

Why are Amazon and Google Collaborating in the Video Streaming Space?