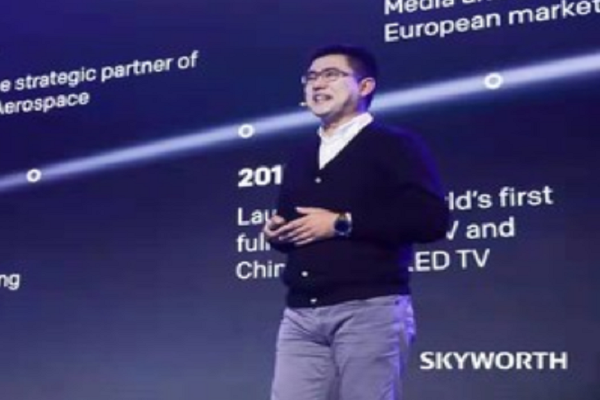 Skyworth, a China-based TV brand with capabilities in big-screen AIoT, held its first global product launch and press conference for global media in the United States. Named See-the-Wonder event, Skyworth officially launched two new premium TV series at the same. Both of these will be available globally, as well as in the U.S. market, in 2020.

“As a leading brand in the TV and smart home industry, Skyworth is moving ahead with a focus on building a premium brand, continuous innovation in technology and products, and ushering in the era of big-screen AIoT. Skyworth aims to become the brand that leads the consumer electronics market of the future, offering 8K TVs and flagship-level OLED TVs, among other differentiated products, that meet the demands of the growing middle class,”noted Tony Wang, chief executive and president, Skyworth TV.

The two new TVs launched include Q91 and the W81. Q91, the first in the lot, is first Skyworth 8K TV available in the U.S. and other markets, and is also the the company’s wallpaper-thin OLED TV. Skyworth also shared details about its proprietary technologies, approach to product innovation and design, global market performance and ambitions.

The 8K Q91 TV series, as per Skyworth, offers image quality that rivals reality, supported by 120fps 8K for a smoother picture. Its SoC supports 8K hardware decoding for up to 60fps. The Q91 series is based on an 8K IPS LED hard screen. In addition, the Q91 features Dolby Vision imaging technology.

The company has a 20-year history of overseas presence, starting from its early days as an original equipment manufacturer (OEM) to eventually operating its own brand. Now, the brand is present in multiple international markets including the United States, Germany and Southeast Asia.

“Skyworth’s overseas business has achieved strong development through its own brand management and strategic OEM capabilities. We have grown in markets like the Netherlands and Germany, where we have overseas R&D centers, and have expanded our production base from China to Germany, Indonesia, South Africa, Poland, India and other countries. SKYWORTH’s outstanding performance in overseas markets demonstrates the power of our brand,”added Tony Wang.

“Over our 31-year history, Skyworth has always dared to be first. Not only have we developed our own leading big-screen AIoT ecosystem and led the industry into the AIoT era, but we have also been widely recognized by consumers for our own innovative technology and high-quality products, due in part to our in-depth understanding of target audiences. We are proud of our growing international position as a company focused on creating and delivering premium products and services to our users, which demonstrates both the depth and breadth of our brand, as well as our ability to lead the industry to a brighter future,” added Leo Tang, chief brand officer of Skyworth TV.

Samsung Claims it Made USD 500 Million in Sales From A...

How Much Does it Take to Start a TV Brand in...