The leaks are equivalent to $13.85 million and include sale of documents containing ‘relevant information’ to China based companies 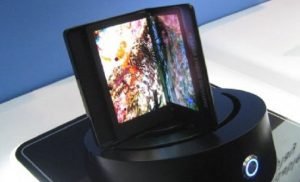 Prosecutors have calculated that the recent leak of Samsung’s latest foldable display technology to Chinese rivals may cost the giant a staggering $5.8 billion in sales.

An earlier report published by a leading news agency had said that prosecutors in South Korea had indicted nine people on charges of leaking Samsung’s flexible display technology details to China. The leaks, as per the agency are equivalent to $13.85 million and include sale of documents containing ‘relevant information, to China.

A prosecution team from South Korea said that one of Samsung’s Korea-based suppliers had sold 16 panel-processing machines to several China-based companies. This supplier, as per the prosecutors, was also assisting China-based brands in developing the technology.

The Asia Nikkei website claims that Beijing-based BOE Technology Group was one among the four suspected recipients of Samsung’s foldable screen technology.

As per Reuters, the Suwon District Prosecutors’ Office in South Korea has charged Toptec’s CEO and eight employees for selling information related to Samsung’s OLED panels. “The group are accused of forming a separate shell company that received information on the use of equipment and drawings of panels obtained from Samsung subsidiary Samsung Display, and which sold some of the documents in China for 15.5 billion won ($13.85 million),” the prosecutors office said.

However, Toptec has denied the charges and said, “Our company has never provided Samsung Display’s industrial technology or business secrets to a Chinese client. Our company will fully cooperate with legal proceedings to find the truth in court.”

The technology in question here is called 3D lamination. It is used to bond curved-edge smartphone cover glasses and organic light-emitting diode panels together. Samsung is currently using this technology in it’s flagship Galaxy Note 9 smartphone.

LG, Huawei, Samsung, Oppo and several other smartphone brands are said to be working day and night to launch the first foldable smartphone. It is to be noted here that displays can easily make up for 30 per cent of total cost required in manufacturing a smartphone.

Samsung fears that the technology leak may dent sales by $5.8 billion and profit by $890 million over the next three years. The South Korean brand holds the maximum market share (90 per cent) in small OLED displays for smartphones.

Every Second Fan Exported From India is an Orient: Atul Jain