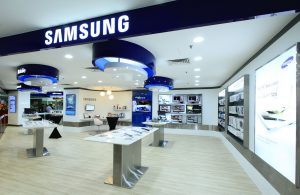 Samsung Electronics said that it has reached an settlement over the class-action lawsuit filled against it in the US. AFP reported the lawsuit had reported about some of the Samsung washing machines as exploding.

AFP’s report read, “The faulty appliances were recalled in 2016 after reports that the top “can unexpectedly detach from the washing machine chassis during use, posing a risk of injury from impact”, according to The US Consumer Product Safety Commission.”

Washing machines off the market

The Korea-based consumer electronics giant said that the top-loading washing machines in question have been off the market since as early as 2016. Samsung’s settlement of the lawsuit may benefit people in form of rebate, reimbursement or refund.

It is to be noted here that drums in some of the top-load washing models from the brand were losing balance. The lost balance posed danger as it was leading in the top separating from the washer.

Samsung’s history with ups and downs

Kim Ki-nam, company’s co-president had said, “We have failed to properly manage health risks at our semiconductor and LCD factories. We sincerely apologise to the workers who suffered from illness and their families.”

In 2016, Samsung had also issued a recall of its flagship Galaxy Note 7 smartphone. It was reported that the smartphone models had registered several cases of exploding batteries.