Saregama has announced the launch of Carvaan branded earphones in India. Saregama Carvaan’s GX01 earphones, as the company informed, are specially designed for music listening. Dubbed GX01, the company is retailing these at a price of Rs 1,599.

“We are thrilled to enter into a completely new retail category, which cuts across all generations and age groups. This will be a great brand extension, allowing the brand Carvaan to become relevant to younger age groups also. The product will be retailed from Carvaan’s existing 32,000 strong retail network,” stated Vikram Mehra, MD, Saregama India.

The company informed that it has achieved the milestone of selling two million units of Saregama Carvaan units this month. It is to be noted here that Carvaan was launched in 2017. Saregama at the moment retails different versions of the Carvaan in India.

Saregama is reportedly also working on a Carvaan model that features a display screen. Vikram Mehra had recently uploaded a video on a social media networking website, where he had showcased a Carvaan model with a screen coming out of it. 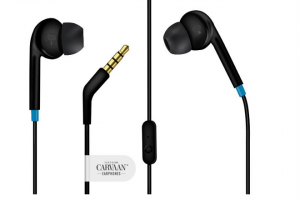 These wired earphones, as informed by the company, have been specifically designed for an augmented aural experience. These feature a 14.2 mm sound driver, Carvaan signature sound and enhanced bass.

It continued, “Carvaan’s success is based on its philosophy that innovation is about anthropology and not technology. As part of the Brand’s continuous consumer research process, it stumbled upon an unmet consumer need for economically priced earphones that been specifically designed for enhancing music listening experience. Carvaan GX01 earphones have been launched to meet this need, delivering first-rate music listening experience across all kinds of devices including mobile phones, laptops and yes Carvaan devices.”