The rising tension between US and China, as per the research company, is affecting the fastest-growing consumer technology market 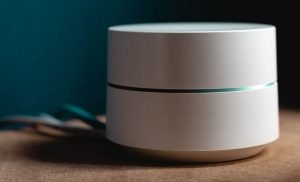 Canalys’ report read, “This quarter, Google shipped 5.9 million units, putting it just behind Amazon. It made pre-emptive strikes by lowering prices of its Home speakers in anticipation of Prime Day, but the shopping festival proved highly beneficial to Amazon. The fight for dominance between Amazon and Google not only helped the US grow 30 per cent, but also influenced other key markets, such as the UK, Canada and Australia.”

China, the world’s second largest smart speaker market, saw Baidu enter the market in Q3, and threaten to break the duopoly held by Alibaba and Xiaomi. Canalys had previously reported that the Chinese market grew nearly 100 times to 5.8 million units.

Canalys claims that smart speaker vendors are rapidly changing their strategies to target different user groups in different countries.The change in these strategies is a result of the end of initial wave of smart speaker in most markets.

Thieleke added, “To encourage adoption, vendors are also constantly building on the theme of home automation and IoT, to position smart speakers as central hubs. But they still face a key issue in lowering barriers to adoption, especially with compatible systems that need expert installation.”

Effects of rising tension between US and China

The rising tension between the US and China has put smart speaker vendors on their toes. This tension, as per the research company, is affecting the fastest-growing consumer technology market.

Commenting on the impact of the trade war on the smart speaker market, senior analyst Jason Low said, “The uncertainties brought by the rising trade tensions have forced international vendors to increase production to ensure a healthy sell-in, not only for the holidays, but also for early 2019. This bodes well for Chinese device manufacturers but could trigger an unexpected slowdown in shipment growth in 2019, as vendors clear out inventory.”

Gartner Forecasts Global Device Shipments Will Grow 0.9 Per cent in...