The Strategy Analytics’s report claims that Apple is losing its market share in the smartwatch segment to Samsung and Fitbit. 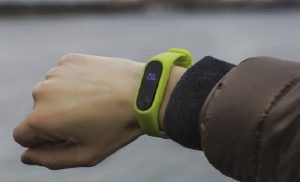 Steven Waltzer, Industry Analyst at SA, said, “Global smartwatch shipments grew an impressive 56 per cent annually from 11.6 million units in Q4 2017 to a record 18.2 million in Q4 2018. Global smartwatch shipments hit an all-time high of 45.0 million units in full-year 2018. Smartwatch growth is soaring, as consumers seek to accessorise their smartphones and bring digital connectivity to their wrists.”

Neil Mawston, Executive Director at SA, said, “Apple shipped 9.2 million smartwatches worldwide in Q4 2018, rising 18 per cent from 7.8 million units in Q4 2017. Apple’s global smartwatch market share slipped to 51 percent this quarter, down from 67 per cent a year ago. Apple Watch is losing market share to Samsung and Fitbit, whose rival smartwatch portfolios and retail presence have improved significantly in the past year.”

Samsung, as per the report, was able to grow its smartwatch business in its global markets. The report mentioned that Samsung’s new Galaxy smartwatch proved to be a popular option in North America and Asia.

Steven Waltzer, Industry Analyst at SA, said, “Samsung shipped 2.4 million smartwatches worldwide and captured 13 per cent global smartwatch market share in Q4 2018, rising strongly from 5 per cent market share a year ago. Samsung is once again the world’s second largest smartwatch brand. Its new Galaxy Watch proved popular in North America and Asia. Samsung has a good pipeline of new models for 2019, such as the innovative Galaxy Watch Active with blood pressure tracking, and Samsung should perform well this year.”

Fitbit was also successful in growing its smartwatch business around the world. The company’s Fitbit Care connected health platform, as per the report, is proving to be a useful differentiation for the brand.

Neil Mawston, Executive Director at SA, added, “Fitbit captured 13 per cent global smartwatch market share in Q4 2018, tripling from 4 per cent in Q4 2017. Fitbit is becoming established as a top-tier smartwatch brand. Fitbit is very popular in the US market. Fitbit’s Versa smartwatches are gaining mass appeal and its new Fitbit Care connected health platform is a useful differentiation for the brand.”

Regarding Garmin, Mawston added, “Garmin held fourth position and captured 6 per cent worldwide smartwatch market share during Q4 2018, holding steady from 6 per cent a year ago. Rising competition from Fitbit, Samsung and others in the sports and music categories is making it harder for Garmin to make headway in smartwatches. Combined together, Apple, Samsung, Fitbit and Garmin are the big four players, accounting for 8 in 10 of all smartwatches shipped worldwide.”