The company has announced the launch of five-blade fans in India. Orient Electric had recently launched a smart fan in the country as well 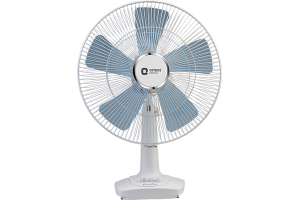 The company had recently introduced an IoT enabled smart fan in India as well. Marketing it as India’s first smart fan Atul Jain, SVP and business head, fans category, Orient Electric, had said, “Aeroslim sets new standards in the segment with its IoT controls, one-of-a-kind slim cylindrical design and energy-efficient inverter motor. It’s a feature loaded fan delivering an astounding 240 CMM air delivery while saving 40 per cent energy. With distinct finish, performance, ease of operation and looks, we are confident that it will surely create interest among the discerned aspirational consumers who are looking for smarter purchases.

Focus on the South India market

Company’s official statement regarding the launch of five-blade portable fans in India stressed a lot on the South India. It seems as if the company is trying to target the South India market with these launches.

Orient’s official statement read, “Most of the south India experiences a hot and humid climate, therefore there is a huge demand for portable fans with high-thrust air flow. The typical breed of portable 3-blade high speed fans available in the market may have higher RPM but give out lesser CMM of air with lesser thrust and come with lots of noise.”

It continued, “This problem has been well addressed by the new 5 blade Wind Pro range of portable fans which give out 95 CMM of air delivery with high thrust and far lesser sound levels while consuming less power.”

Even Jain stressed towards South India as a focus market for Orient Electric. He said, “South India is a key focus market for Orient Electric, and we have been continuously looking at the latent needs of the customers in the region. While energy efficient technologies were introduced in ceiling fans, there was immediate need to also bring innovation, efficiency and silent operation in TPW fans. To address the same, our R&D team has developed the Wind Pro range of table, wall and stand fans with the world-class CTX technology. We have reinstated our thought and brand leadership in the segment by being first in India to use concentric winding technology in portable fans.”