It seems that the company has strategically tried to place its latest smartphone between the Redmi Note 7 Pro, Samsung M30 and Realme 3 devices 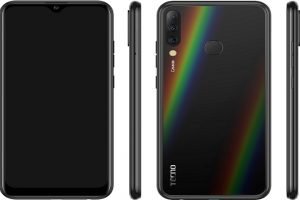 Arijeet Talapatra, CEO, Transsion India, said, “Going with the trend, there is innovation and something new in every facet of the Camon i 4 starting with the triple camera lens to power ultra-wide shots to intelligent AI features that ensure the best picture composition. The 6.2-inch HD+ dot notch screen with rocket charge feature delivers a superlative uninterrupted viewing experience. We are confident that with this device, we will amaze the consumer and consolidate our camera-centric smartphone brand position in the mid-segment.”

Talpatra added that the company will be driving a 360-degree campaign to strengthen the recently launched smartphones in India. Interestingly, this is the first time that Transsion has mentioned about a marketing campaign that involves use of a hashtag statement.

It is to be noted here that Transsion, till now has focused on the offline market and use of hashtag statements is generally done when a brand is looking to promote itself on online channels as well. The company enjoys a good share in the rural market as of now. Transsion, in 2018, was also testing LED TVs in the Indian market.

The company seems to have strategically tried to place its latest smartphone between the Redmi Note 7 Pro, Samsung M30 and Realme 3 smartphones. The new smartphone, as per the company, is present across 35000+ retail touch-points and 960+ service touch-points across India.

The device comes with a triple rear camera set-up that comprises of a 13MP primary rear camera with F1.8 aperture, an 8MP with 120-degree ultra-wide lens for capturing wide frames and a 2MP live focus lens that allows the camera to capture the subject and the background separately.

Talapatra added, “Camon series in India is built on the Indian consumer insights that 89 per cent buyers consider the camera as the top specification while buying a smartphone. Over the past couple of years, Indian consumers have seen significant improvements in the smartphone camera technology and while the dual-rear camera trend has been well established in the mid-range segment, going forward in 2019 the key focus will be on multiple cameras and artificial intelligence (AI) capabilities that will become a must-have feature on every device in the 7-15K segment.”

CAMON i 4 is the first smartphone from TECNO to feature a ‘dot notch’ screen with the front camera embedded at the top of the screen. The device features 6.22-inch HD+ with an aspect ratio of 19.5:9 and screen-to-body ratio of 88.6 per cent. The smartphone uses 2.0 Ghz Helio A22 64Bit QuadCore processor and is powered by 3500mAh battery.

Company’s official statement read, “Camon i 4 is equipped with HiOS 4.6 which uses Artificial intelligence to give smartphone users more intelligent and intuitive navigation basis in-depth mining and matching according to people’s preferences and habits of using different applications. And in turn optimizes the battery life by intelligently prioritizing the app you use most and adjusting the power saving mode of hardware such as APP, Sensor and CPU.”

50 Per cent Customers on Amazon Availed EMIs to Stretch Budgets