The company has launched three TV ranges in Delhi today. It is also planning to open experience centers in Mumbai and Delhi

Devita Saraf, Chairman and CEO, Vu, said, “The millenial generation in India likes to consume a lot of content on TVs and Vu Ultrasmart TVs have been developed keeping that in mind.” It is to be noted here that the Vu Ultrasmart range is based on Linux Operating System and runs Netflix and Amazon Prime out of the box.

Saraf, while addressing the media at the Vu TVs launch event today, also said that Vu has surpassed Panasonic in terms of revenue from premium segment. The company, as per Saraf, has made revenue worth Rs 1000 crores last year. She also pointed towards the fact that out of these 1000 crores revenue, 500 crores came from the business Vu did through Flipkart.

The company is planning to open a experience store each in Delhi and Mumbai. Saraf said that the Vu Mumbai experience store will be located across a 6000 sq ft area and will showcase all the 22 models of TVs that Vu has launched so far. The Delhi experience center will mst probably be located in Vu’s Okhla office.

Vu has also added 24 hour customer support to its product portfolio. Saraf said that any Vu TV user can call the Vu service line any time of the day or night and receive real time help from a service engineer over a phone call.

Saraf, pointing out towards the success Vu has achieved said, “Just like Apple, we also know how to blend the perfect combination of hardware and software in TVs.” She also pointed towards the fact that Apple and Vu are both headquartered in California, USA.

The Vu VOD Upscaler, as per the company, is a technology that enriches the video and audio playback for VOD (Video On Demand) content like Netflix, Youtube, Amazon Prime and others. Vu’s official statement read, “High-production VOD content is made with the latest in camera and VFX technology, but in most cases, viewers do not get optimum experience because of internet speed and quality constraints. Vu has developed proprietary upscaling technology that combines multiple advanced machine learning algorithms working in parallel with a state-of-the-art DSP (digital signal processor) to provide the best video/audio playback for VOD content.”

Saraf said, “The revolutionary VOD Upscaler technology has been in development for more than three years, with 107 man years of engineering effort to create it.”

Vu claims that it had launched the Vu VOD Upscaler technology under a stealth mode in with its Premium Android range of TVs last month. The move was done to see the feedback of the consumers regarding the new technology. Vu claims that it even has installed 3,000 units of the TVs in the month of March. 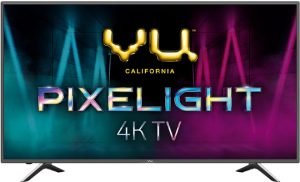 Vu Pixelight 4K TV comes equipped with a technology that delivers upscaled picture and sound quality for streaming Video on Demand (VOD). Vu’s Pixelight Remote comes equipped with four hotkeys and access to Netflix, Amazon Prime and YouTube, and an apps menu with plenty of Indian apps and content too. 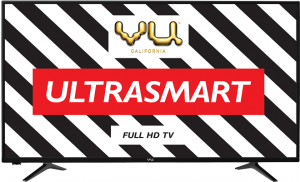 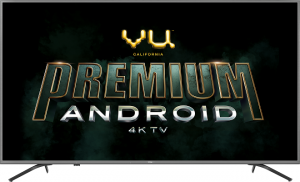 The new age Vu Premium Android 4K TV is powered by HDR 10 and Dolby Vision technology. It runs Android 8.0 OREO out of the box. Saraf added that these TVs will soon start receieving updates for Android 9.0.