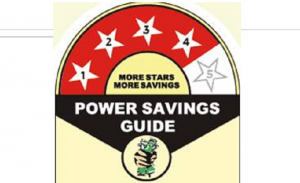 The Bureau of Energy Efficiency (BEE) has announced that washing machines and microwave ovens will now be covered under BEE’s star ratings policy. The policy, in simple words, reflects how power efficient a particular appliance is.

An industry professional, who wished not to be named, said that the move can make washing machines and microwave ovens costlier. He explained that increasing one star rating aka making a product more environment friendly, many a times, leads to Rs 2,000 to Rs 2,500 increase in its overall price.

Bhalla added, “As regard to the launch of revised program for Washing Machines, he commended BEEs efforts to revise the criteria for inclusion of water efficiency in addition to energy performance for grant of Star Rating. We have estimated savings of over 3.0 Billion Units of electricity at consume-end through adoption of Star Rated Microwave Ovens and Washing Machines by 2030. This would be equivalent to Green House Gases (GHG) reduction of 2.4 Million-ton of CO2 by the year 2030 through these initiatives.”

As a major step towards faster adoption of standards and labeling program and with the objective of “Ease of implementation”, BEE has also developed an online registration platform for expeditious registration and approval under this initiative.

The manufacturers will be able to register products online for availing appropriate star rating for respective models and products. Any model or brand of washing machine or a microwave oven can avail star Rating on a scale of 1 to 5 based on test report from NABL or equivalent labs subsequent to scrutiny by BEE.

Ministry’s official tweet read, “Initially, the program for above two appliances will be implemented on a voluntary basis and will be valid up to 31st December 2020.”

OnePlus Will Continue Selling Smartphones With Amazon in India: Report