India consumes about 33 million power banks worth about Rs 2,000 crore a year, according to India Cellular and Electronics Association (ICEA). 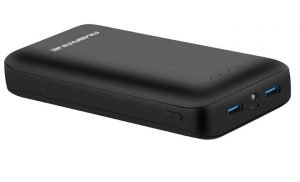 The India Cellular and Electronics Association (ICEA) has stressed on the need for implementation of right policies to boost the power bank segment in India.

“Given the right policy prescription, by 2025 the Power Banks can be built into Rs 18,000 crore industry, generate 80,000 jobs in India and exports can touch Rs 5,800 crore,” ICEA Chairman Pankaj Mohindroo told PTI on Thursday.

The mobile phone and component industry body has also proposed to bring power banks under phased manufacturing plan scheme, which if accepted, will lead to the imposition of customs duty on imported power banks.

According to ICEA, India consumes about 33 million power banks worth about Rs 2,000 crore a year.

“Currently, most of the power banks are imported and can be easily substituted by power banks made in India,” Mohindroo said.

He appreciated the government’s recent clarification to bring power banks under 18 per cent Goods and Services Tax category, which he believes will help in smooth functioning of the industry.

“It has been ICEA’s technical interpretation that Lithium-ion power bank merits classification under Lithium-ion accumulator and GST at the rate of 18 per cent is applicable, although it was attempted to misclassify Power banks under 28 per cent GST rate. At least now the path for the future is clear and this will allow the industry to function smoothly,” Mohindroo said.

The global power bank market is expected to reach $19.40 billion by 2025, registering a CAGR of 2 percent during the period between 2019-2025, says Allied Market Research.

According to a recent report released by the firm, the global power bank market was valued at $16.34 billion in 2017.

Factors like an increase in the adoption of electronic devices, a rise in online selling platforms, and the emergence of new technologies such as artificial intelligence are likely to push the growth of the global power bank market.

Asia-Pacific is expected to lead the global power bank market. The report said that massive sales of smartphones in China and India would boost the growth of the Asia-Pacific market in the future.

Sales of AI Smartphones Will Increase to 1,250 Million Units in...