The Indian government has published the Automotive Industry Standard AIS-140 which has made GPS/GSM trackers mandatory in all public service vehicles. Meanwhile, most premium passenger cars are coming factory-fitted with GPS systems 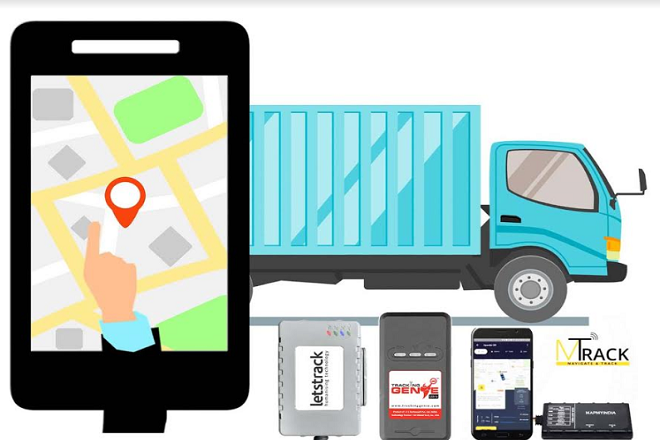 The global vehicle tracking market is estimated to be worth US$ 11 billion by 2025 out of which GPS tracking alone would account for Rs 2.53 billion by 2023, the symposium announced. Of this a significant chunk would be spent in India by car owners as well as fleet operators. Why? Because the Indian government has mandated a new standard – AIS-140 (explained below) for vehicle tracking and panic button that is no compulsory for all commercial vehicles.

And leading car manufacturers are following global awareness and meeting the same standard in the high end sedan and SUV type cars now sold in India. Together this is creating a big opportunity for B2B suppliers to the automobile industry, over 50 of them already approved for Automotive Research Association of India.

In the vehicle tracking maidan are some familiar names like MapMyIndia who pioneered car GPS navigation long before Google Maps was born. They have launched a range of GPS trackers for 2-wheelers, cars, trucks, buses, under the name MTrack at prices starting at Rs 3999.(an annual subscription is also required after the first year).

From Jaipur, Tracking Genie has its own broad range of trackers.

An upcoming big player is Letstrack, headquartered in UK but founded by Indian Vikram Kumar which has quickly become the biggest player in Asia. With AIS140 approved GPS tracking devices, owners can monitor the unauthorized movement of their cars; the device sends alerts to the police as well as car owners. Most recently, Letstrack has also brought to India the first voice-based system where drivers can talk all their commands to the car. Car and truck GPS trackers, from most makers cost around Rs 4000 – Rs 5000.

In other ways too, Kerala is leading the development of a vehicle tracking ecosystem: Indian Auto Company (IAC).a New Delhi-based start-up offering automotive solutions, has received certificate of compliance from Centre for Development of Advanced Computing (CDAC) in Thiruvananthapuram and has launched vehicle location systems in Kerala. And they have a ready market: Without waiting for the Central notification, Kerala has made it compulsory for trackers to be fitted in all school buses, old or new and some 18,000 buses have been fitted

New passenger cars made in India are factory fitting smart systems for vehicle monitoring, tracking, remote opening/closing, anti-theft etc. Such vehicles make use of the on-board diagnostics (OBD) port that modern cars offer under the dashboard to connect to all major systems in the car.

Public or private, two wheeler or four wheeler or six, Indian vehicles are poised to enter a new era of safer, more efficient transportation, guided and tracked all the way by the best of Indian technology in navigation and guidance.

Automotive Industry Standard 140 (AIS 140) is a set of standards published by Automotive Research Association of India  designed to build an Intelligent Transportation System (ITS) in India. To comply with the AIS 140 every commercial vehicle (with yellow number plate) will need to install a real-time Navic/GPS tracking system with emergency request buttons (panic/SOS buzzer).

This was notified by the from Ministry of Road Transport and Highways in a gazette notification dated 28th November 2016 which directed all the state governments to enforce the standards, equip AIS 140 compliant GPS tracking devices with supporting software for all passenger-carrying buses and other public transport vehicles from April 1, 2018.

However this deadline could not be met since the necessary command and control centres to monitor and track the vehicles were not in place. Accordingly, government, another notification, exempted all applicable vehicles registered till December 31 2018, from installing trackers until notified afresh. But all new vehicles registered in 2019, must be fitted with the vehicle tracking device and panic button.

Some 50 manufacturers of Vehicle Tracking systems have been approved by ARAI and the list up to May 10 2019 is available on their website.

This story is written by Anand Parthasarathy. His rich experience, reporting ACE (Appliances and Consumer Electronics) stories encompasses working 15 years with The Hindu as its IT Consulting Editor. He is a qualified instrumentation systems engineer who has worked for 20 years as a scientist on numerous defence R&D projects, and as a project manager for surface-to-air missiles at DRDO.

Syska is Looking For Offline Distributors in Andhra Pradesh