Powered by ‘Intelligent BLDC’ motor, Orient i-Float ceiling fan is BEE 5-star rated and consumes 50% less energy as compared to ordinary fans thus promising a significant reduction in electricity bills for consumers. The fan flaunts distinctive looks and visually depicts a floating effect while running, which is further complemented with a metallized deco ring. Also, it operates silently and efficiently even at low and fluctuating voltages. The IoT version of Orient i-Float can be operated with utmost ease via Orient Smart mobile app or with voice commands via Alexa and Google Assistant thus taking convenience to a whole new level. Orient i-Float comes in four enticing colour options of White, Cosmos Black, Lakeside Brown, and Space Grey. 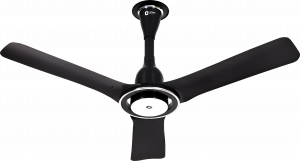