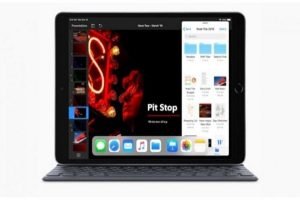 Global giant Apple has announced the launch of its iPad Air (2019) Service programme. This has been launched to fix the blank screen issue faced by numerous users. It has been revealed by the company that a limited number of third-generation iPad Air models are facing this issue. The service programme is live across the globe and it also covers faulty devices for two after first retail purchase.

The company said in a statement that “Apple has determined that, under certain circumstances, the screen on a limited number of iPad Air (3rd generation) devices may go blank permanently. A brief flicker or flash may appear before the screen goes blank. Affected devices were manufactured between March 2019 and October 2019. An Apple Authorized Service Provider will service eligible devices, free of charge.”

The company has also put an option for mail-in service after contacting Apple Support. This feature is only available in the US or other supported markets. On the other hand, the company has hiked the prices of iPhones in India. The models include iPhone 11 Pro Max, iPhone 11 Pro and iPhone 8. There was a withdrawal of earlier exemption from BCD/Social Welfare Surcharge. However, other iPhone models that are manufactured in India will not get any price hike. The model includes iPhone 11, iPhone 7 series and Apple iPhone XR. Furthermore, the prices of other Apple products including iPad, Apple Watch and Mac range of devices will remain unchanged.