Apple’s Taiwan-based original equipment manufacturer (OEM) Wistron has received certification from the Bureau of Indian Standards (BIS) to manufacture iPhone SE from an assembly facility in Bengaluru. The BIS certification for A 1723 model is a direct reference to iPhone SE, which the company launched globally in 2016. The number for the brand is R-62000612 and has been certified under IS 13252, which refers to the information communication equipment as per Indian standards. 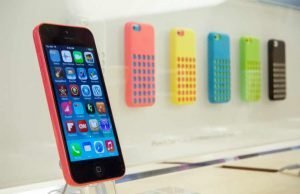 The development reinforces Apple’s already declared plan to assemble iPhones in April by setting up a facility in Peenya in partnership with Wistron.

Apple has leased about 1,50,000 sq ft of office space in RMZ Galleria at Yelahanka, north Bengaluru. The facility houses design and development accelerator to support engineering talent and grow the country’s iOS developer community. The office will also house the company’s officials who are coordinating with their assembly plant in Bengaluru.