Asus plans to tap into the festive season opportunity to ramp up its smartphone sales in India in association with the e-commerce giant, Flipkart 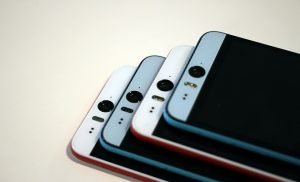 Taiwanese computer-smartphone player, Asus is aiming to gain 5 per cent market share in the smartphones segment in India by the end of 2018. Dinesh Sharma, Asus India Head Mobile Business said that the company wanted to serve its users in a better way by researching about their interests and preferences. He added that the company considers the Indian market as an important centre for its smartphone business. Asus has planned to add on to its product portfolio by launching products based on the Indian user’s interests.

Asus recently launched its new 4G smartphones – Zenfone Max Pro and Zenfone 5Z and would make it available in the e-commerce platform, Flipkart. Priced at Rs 5,999 and Rs 7,499 respectively, these phones are targeted at the 50 per cent consumers who prefer to purchase smartphones within the range of Rs. 10,000. The player aims to gain its 5 per cent market share dream by year-end through these new launches.

The Asus India Head views the festive season ideal to increase its sales in India. Amidst a multiple-fold increase in the sales of smartphones, Asus expects to grow faster by doubling its sales. It has partnered with e-commerce giant, Flipkart to sell its products.

Smartphone shipments increased by 20 per cent to 33.5 million units in 2018 in comparison to 2017 with Xiaomi, Samsung, Vivo, Oppo and Transsion emerging as the top smartphone players in India.