Bajaj Electricals sees immense opportunity in the connected devices space and is moving ahead to tap the potential of IoT (Internet of Things) based products. 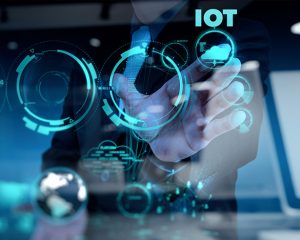 The consumers are not only ready but eager to evolve into this new world of possibilities, the company said in its annual report.

The company reported that they have embarked on a new journey in digitisation with their Integrated Building Management System (IBMS) and their technologically advanced LED lighting solutions which help customers upgrade to next level of lighting,

It further added that their commitment to bring the best to their customers has inspired them to tap into the potential of IoT, the latest concept in technology, which connects everyday devices with internet network, allowing these devices to interact with each other and exchange data.

The company, which is participating in the government project to develop 100 smart cities has already tied up with networking major Cisco and Gooee for it.The Luminaries division of the company would exploit the opportunities and the smart city projects will offer more room for growth.

The Shekhar Bajaj firm had in the last fiscal extended its trademark user license agreement with UK-based electrical appliance maker Morphy Richards, under which it offers its premium range products.

The consumer would have a choice to pick exactly the same products that are available in the European markets. The company will also explore export opportunities with Morphy Richards brand, the company informed.

After Samsung, LG Becomes the Second Supplier of Apple to Make...