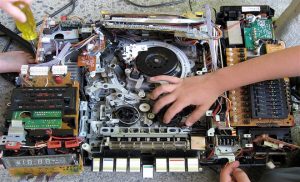 Consumer Electronics and Appliances Manufacturers Association (CEAMA) and consulting firm, Frost & Sullivan has brought out a report suggesting that the consumer electronics industry is expected to grow at a 9.5 per cent CAGR till 2021. It has further indicated the industry’s potential to tap the growing market at the global level. India’s global market share is also expected to reach around 30-40 per cent by then.

The manufacturing sector of India has witnessed a massive push from the government as well as domestic and global producers. The ‘Make in India’ initiative has further defined the industry’s path to progress by promoting products made locally. This government-led move to boost innovation, investment, skills development and thereby establish a strong manufacturing industry in India has been able to attract quite a number of brands with global standards.

The policy’s aim is simply to generate around 100 million jobs in this sector and raise the revenue. The mobile handset manufacturing business has particularly seen an increase in investments, employment and production. To meet the trade deficit, India has ensured that the handsets are produced locally and this, in turn, has drawn companies like Samsung, Xiaomi, TCL and many others to build their respective manufacturing units in the country. These companies are investing to expand its footprint and supporting the ‘Make in India’ initiative. The policy has also been able to boost the startups.

Experts have suggested that targeting 40 per cent market share globally and 40 per cent in the local arena will help India grow faster in the next 10 years. Focusing on exporting the made in India appliances will further aid in building the manufacturing ecosystem in the next 5-7 years. The electronics industry globally stands at around$2 trillion, of which China has acquired 80 per cent. India, with its offers on incentives and subsidies supporting the manufacturers, can draw more investments in the future.