The move is touted as an attempt to cash in on Alexa’s increasing popularity among the users in India. These Alexa integrated devices will be available from next month 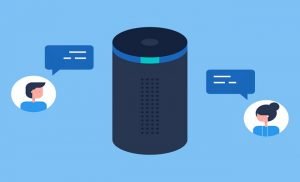 Four India based hardware manufacturers including boAt, iBall, My Box and Sirena Technologies have announced to offer some of their new products integrated with Amazon Alexa Voice Service.

The move is touted as an attempt to cash in on Alexa’s increasing popularity among the users in India.

The list of these new devices featuring integrated Alexa includes Breathe-M from iBall, Vood by Sirena Technologies, boAt Stone 700A and a set-top box Alexa Kit from MyBox.

All these will be available in India from next month and will come enabled with Alexa voice commands. Consumers will be able to ask questions, play music and control smart home devices simply by giving voice commands to Alexa.

The Stone 700A from boAt will also be a smart speaker boosting shock and water-resistant features at a price tag of Rs 7,999. A MyBox Alexa-Kit for set top boxes will cost users around Rs 1,999 and will come paired with a voice enabled remote.

Amazon had also launched a new line of Echo and Echo companion devices in India last month. The list includes Echo Dot for Rs 4,499, Echo Plus with a built-in Zigbee hub fro Rs 14,999 and Echo Sub available for Rs 12,999. Amazon will start shipping out Echo Dot and Echo Plus this month while the Echo Sub will only be available at the end of this year.

More and more electronic makers coming up with devices integrated with Amazon Alexa is a clear indicator of Alexa’s growing popularity and Amazon’s growing share in the voice based smart home solutions segment.

However, it is also to be noted that the future may see Alexa integrated devices from local manufacturers going up against the Amazon Echo devices!