Imports of mobiles have reduced as domestic manufacturing has increased to 225 million mobile phones amounting to Rs 1,32,000 crore a year 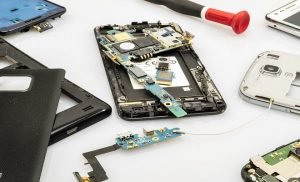 Josh Foulger, Foxconn chief informed that India’s mobile phones imports in FY2017-18 declined to half of the previous imports. The imports of completely built-in units also witnessed a fall from 78 to 18 per cent. The Foxconn International Holding, India head cited the rising locally produced mobiles as the reason behind the drop in imports.

While addressing the Advantage India Summit, which solely focuses on mobile manufacturing in India, Foulger gave an insight of the country’s state in the manufacturing segment. Around 225 million mobile phones are made in India, amounting to Rs 1,32,000 crore a year. He has projected a growth of 52 per cent in smartphone production.

The India Mobile Taskforce, a body monitoring growth of mobile handsets and component manufacturing in India, has estimated a market share of 25 per cent in mobile manufacturing globally. The Department of Electronics and Information Technology appointed agency has also projected around 1.3 million employment opportunities in this segment.

The Phased Manufacturing Programme aims to produce 500 million handsets by 2020 and around 1,400 mobile phone manufacturing units are expected to employ 4,700,000 people in the country by 2025.

2019: The Combined Smartphone Shipments of Vivo, Oppo and Realme

Molife Unveils a Made-in-India Smartwatch Sense 320 With Dedicated Sensors And...