Smartphones are no more just a mode to communicate; they are being used to do so much more and in ways never imagined before. They have turned smarter and better and with every launch we can witness a new technological update. Indeed the year 2016 witnessed a boom in the very dynamic smartphone Market in India. 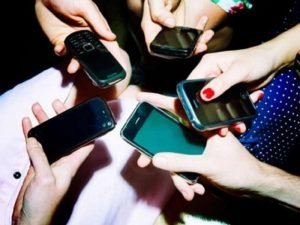 India achieved the position, to be the fastest growing smartphone market in the World, accounting to over 27.5 million devices sold in the second quarter of 2016, which is up by 17 per cent from the earlier quarter, as per the report shared by IDC. Same is the case with the Mobile subscription which we foresee to hit 1.4 billion by 2021. Evidently, everyone is looking at India as a huge landing ground for the big innovation and the next big step in the telecom industry.

Seizing the Mobile opportunity several International brands have entered the Indian markets dominating the growth, redoubling the efforts of the domestic players to garner market share with the growing price aggressiveness in the cluttered best. Though the market has seen more exits as compared to the entries thanks to the declining margins amid cut throat competition and the counterpoint forecast. However the trend has been shifting and bringing consolidation in the smartphone market.

Driven by 4G handsets and the Chinese entrants, the smartphone market saw a major boost from handset markets focused on new launches, higher spends on marketing and innovative payment options. However what has led to the growth of the market in the short period? And what do we foresee the future to be?

The wave of growth in India’s internet penetration is expected to come from tier II and tier III cities. The growth is expected to be fueled by availability of low-cost smart phones, low rates of data plans and development of smart cities in rural areas. The government led initiative ‘Digital India’ / ‘Smart Cities’ will certainly bring a boost for the mobile sector as that shall further emphasize on the banking services. The flexibility of technologies and convenience to use makes them capable of meeting the future needs of customers, merchants and service providers.

Also to add which, Mobile-initiated payments have finally gathered a momentum in India; it has been adopted not only by the cities but also by some parts of the rural areas across India. Recently, a village in Tamil Nadu named Khandalavadi was declared as the first village to go cashless and which started using mobile wallets for services such as topping up airtime and paying for food delivery, taxi and many more services.

As e-commerce, itself has moved to mobile with nearly 83 per cent of people shopping online on their mobile phones. The growth in m-commerce has been fueled by the availability of affordable smartphones

and mobile data plans. Customers in the age group of 25-34 years are taking to their mobile phones to shop online and Mobile commerce is estimated to grow up to $19 billion by 2019. Demonetization will also favor the m-commerce industry in the country and most of the retail commerce will shift to mobile in the near future.

India has a large and growing millennial population – young, tech-savvy consumers with rising earnings potential and disposable income. This demographic has historically been and will continue to be, an early adopter of new technology and new models of media consumption. India therefore is a market which is ripe for digital media investments. The demographics are all stacked in India’s favor for digital consumption.

By 2017, India will have more than 350 million smartphones. Inexpensive smartphones and the roll-out of 3G and 4G broadband infrastructure are rapidly coming together to leapfrog traditional distribution and democratize online access. Together, these factors are the foundations for accelerated digital media consumption.

Ambani Banks on Jio to Double RIL’s Sales in the Next...