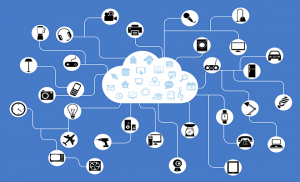 Nishant Bhaskar, Founding Head of Innovation Cell, Godrej Appliances, views IoT as the topmost technology to be used in the company’s future products. He believes that focusing on the emerging IoT scenario and artificial intelligence (AI) will help in Godrej innovations. The head of India’s one of the most familiar household brands has laid out concerns regarding financial issues in data storage and servicing within the next 5 years, apart from emphasizing on how to share the information using what mode.

He said that AI would take some time to penetrate the appliances segment. Initially, it would have a slower impact due to its specific context. He added that a deeper understanding as to how these technologies could be used in the future and keeping up with the latest updates was of utmost importance.

The founding head explains the whole process of using these technologies in the company’s products, of which the first phase should be to understand users’ behaviour. It should be followed by deciding on what applications to be enabled and then the work towards expanding the network should be taken up. He said that the final decision for easier and better lives came after the steps had been properly followed.

Godrej has included researches, surveys and events related to consumers’ lifestyles as part of its innovation plans. It plans to tie up with academic institutes and start-up firms. Hackathons and category expansion are yet another set of strategies included in its plan. To avoid copied products, Godrej is planning on capability-centred strategy rather than the product-centred ones. The brand will be now focusing on people-appliances interaction.

Panasonic Plans to Revamp its Smartphones market in India

Bose To Compete With AirPods Pro With The Newly Launched QuietComfort...