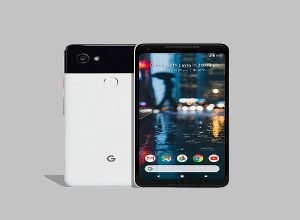 In an attempt to make Airtel the preferred destination for all users, the telecom company has announced the availability of Google Pixel 2 range on its online store – Airtel Online Store, with down payments starting from Rs 10, 599.

Eyeing to be customers’ favourite stop for buying phones
Through this announcement, Airtel plans to make their online store “the preferred destination for customers aspiring to purchase smartphones.” Google’s flagship range of phones has been a hit in the Indian market so far and Airtel expects their strategy will attract as many users as possible.

Vani Venkatesh, Chief Marketing Officer, Bharti Airtel, said, “We are pleased to bring Google’s flagship range to our Online Store as part of our endeavour to offer a wide range of choices and great value to our customers.”

Taking ‘Project Next’ on another level
Airtel Online Store was launched in October 2017 and is a part of the company’s digital innovation programme – Project Next. This programme targets to revamp Airtel’s customer experience across all of its services and touch points.

Keeping this in mind, Airtel Online Store has added many popular smartphones in their collection – Samsung Galaxy S9+, iPhone 8 Plus, iPhone X and even Apple Watch.

The new addition of the Google Pixel 2 and XL series is the 20th addition to the store’s premium smart devices. With the aim to boost seamless digital experience on its online store, Airtel has collaborated with HDFC Bank, Federal Bank, Clix Capital and Seynse Technologies as well.

The EMI plan is same for all the smartphones. It is an 18-month-old plan with an EMI of Rs 2, 799 every month. The EMI plan is built-in with an Airtel postpaid plan that comes with features such as 50 GB data per month, free national roaming, 1 year subscription to Amazon Prime and more.

Mivi to start manufacturing its products in India