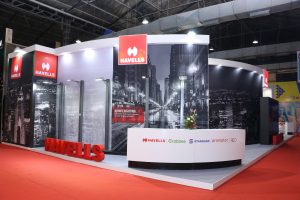 Havells Holding Ltd (HHL), a subsidiary of Havells, has completed the transfer of remaining 20 per cent stake in Fielo Malta Ltd to Shanghai-based Feilo Acoustics, the company said in a regulatory filing.

Besides, HHL through its subsidiary Havells International has also completed sale of 100 per cent stake in Havells Sylvania Thailand Ltd to Fielo for 1.6 million euros.

With regard to remaining international operations in US and Chile, the company said the process of winding up of the entity in US has been initiated and for Chile the same will be initiated shortly.

According to PTI, for its subsidiary in Brazil, the company said it has entered into an MOU with a consortium of investors for transfer of the entity in Brazil and the transaction is expected to close in two months.

“Further, the company has initiated the process for redemption of 26 million euros from its investment in HHL,” it added.

It would receive net proceeds of 27 million euoro as HHL would proceed for closure of its remaining international operations which is expected to incur around 9 million euros.

In December 2015, Havells had announced divestment of 80 per cent stake in European lightings operations Sylvania to Feilo Acoustics for nearly 148.8 million euro.

In 2007, Havells had acquired Frankfurt headquartered Sylvania for USD 300 million through its Dutch subsidiary Havells Netherlands.