Honor, as a thanksgiving to its customers, has announced that it will not increase its price this year and the focus will be on customer satisfaction 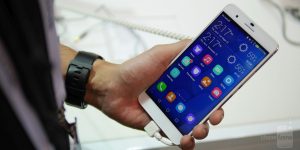 Honor has announced that it managed to sell more than 1 million Honor 8X units in India during the festive season sales and 6 million globally. It stated in a recent official statement that it emerged as the top Singles’ Day performer in terms of sales volume and revenue under the smartphone category.

In India, Honor’s 9N and 8X models, from the first selling day, became the most popular products on Flipkart’s Big Billion Days and Amazon India respectively. It has been growing rapidly in the country, recording around 300 per cent year-on-year growth in the country. It has been able to garner a strong fan base since its debut in the smartphone market.

The Honor 8X Series has sold six million units globally. It became the Best Seller in Germany, France, Middle East, North America and South Asia. The smartphone maker, after achieving this grand success, has planned to extend its growing influence in the Southeast Asian countries.

Commenting on the success, George Zhao, President of Honor, said, “I am thrilled that Honor has achieved these unbeatable results even under what has become a tough situation for the global smartphone industry.”

The global smartphone shipments in the third quarter of 2018 represented a 6 per cent year-on-year decline. However, Honor’s strategy and efforts in Research and Development have helped the company to grow in the key areas of smartphone technology innovation such as AI, GPU Turbo, and smartphone design.

Honor’s newly launched Magic2 was another strong sales performer. It was the best-selling smartphone in terms of sales volume and revenue in $580-720 range in online sites. The Honor head further announced about the company’s plan to roll out more promotional festive deals in its global markets ahead of Christmas and New Year.

He added, “We would like to announce that unlike other smartphone brands, Honor will not increase the price of its smartphones this year.”

Samsung to double smartphone and refrigerator output in India