The Centre is funding a large scale ‘5G Test Bed’  project to encourage Indian institutes and startups take an early lead in 5G. 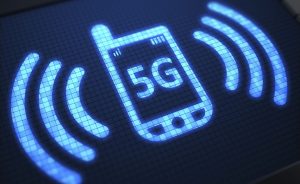 India is likely to be among the first few countries to rollout 5G services, thanks to a Central-government funded project. As part of its effort to advance innovation and research in 5G, the Centre has launched a large scale ‘5G Test Bed’ project with an aim to build a test bed that closely resembles a real-world 5G deployment.

This test bed could become a basis for many commercial deployments. This project will create a 5G prototype and testing platform that will be developed under the guidance of IIT Madras faculty.

Telecom minister Manoj Sinha has said that the government has approved financial grant for the project to set up ‘Indigenous 5G Test Bed’ in India by Indian Institutes of Technology and Indian Institute of Science.

IIT Madras to lead the project

With a budget of Rs 224 crore, the programme has been awarded to IIT Madras, IIT Hyderabad, IIT Delhi, IIT Kanpur, Centre of Excellence in Wireless Technology (CEWiT), Society for Applied Microwave Electronics Engineering and Research (SAMEER) and Indian Institute of Science (IISc), Bangalore with IIT Madras/CEWiT being the integrator and the lead of the project.

National coordinator of the project Bhaskar Ramamurthi, a professor of communication technology and also IIT Madras director, has said that the first version of the ‘test bed’ would be ready by 2019-end and the final version by 2021.

Auction of 5G spectrum likely in later half of 2019

Speaking about the project, Telecom Secretary Aruna Sundararajan last month had informed that the auction of spectrum for 5G services is likely to happen in the later half of 2019.

She had also mentioned that the rollout would not take long as long as monetisation avenues and opportunities are properly identified, because there is no requirement for replacing hardware as it was done to upgrade from 3G to 4G services.

However, before the auction, Department of Telecommunications wants to provide a one-year time frame for trials to happen with experimental spectrum, the Secretary had said.

According to her, the 5G services would offer telecom companies better visibility into market dynamics and potential revenue streams of the next-generation mobile services.

Telecom minister Manoj Sinha believes that the project which entails setting up of an ‘open 5G Test Bed’ for Indian companies and academia is likely to enhance the national capability in telecom technology, manufacturing and creating Intellectual Property (IP).

Duracell to Launch its Power Banks Range in India