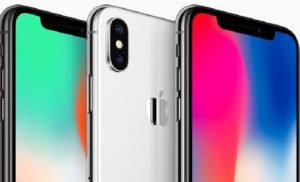 A report by Counterpoint Research has suggested that iPhone sales in India are set to take a significant hit during country’s festive season. Other news in the media have further made it clear that Apple has cut short in production of its latest line-up of iPhone variants.

But is there a bigger picture than ‘iPhone sales going down’ here? Is Apple trying to make its current line-up of iPhone variants ‘premium products’ again?

The Counterpoint research report claims that against 900,000 iPhone units sold during Q3 of last year, Apple has only managed to sell 450,000 units this year. It has also said that Apple may only be able to sell around 700,000 to 800,000 iPhone units in Q4 of the current financial year against the one million it had sold last year.

But what most have missed is the fact that current iPhone line-up is much expensive than the ones that were being sold in the country last year.

The difference between prices of current iPhone variants and the ones sold last year is so much so that despite being only able to sell half the units it had sold last year, it is being anticipated that Apple will still end up with flat or slightly higher revenue than last year.

Inclusion of premium features as standard

Apple has made display screens sporting a notch, a standard feature among its line-up of current iPhone variants. Many Android based smartphone companies are still providing this feature only in their premium models.

There was a time when iPhone was considered as a premium product in the smartphone niche. However, with time and outgoing variants becoming affordable for masses, the outcome included a depreciating premium smartphone tag.

It would not be wrong to say that the above Rs 75,000 segment is dominated by Apple. Barring a few Android based smartphone manufacturers, there are no Android installed smartphones offered in the category. On the contrary, all the iPhone variants in the 2018 line-up are priced upwards of Rs 75,000.

This may be a clear hint towards a strategy that does not focus of quantities. Instead it can easily be appropriated as an approach aimed towards making iPhone a premium product once again.

The Android based smartphones priced upwards of Rs 75,000 include the likes of Google Pixel 3 and Samsung S9. However, even these models are priced way lower than iPhone XS and iPhone XS mask.

It seems as if Apple is trying to compete with only itself and no other mobile manufacturer in the market.

India likely to be among first few countries where Panasonic will...