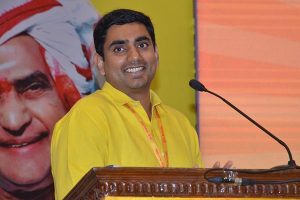 Nara Lokesh, the information and technology minister of Andhra Pradesh, has expressed the state’s aim to drive the IT and electronics sector and make Andhra Pradesh the top electronics hub by 2029. He said that Andhra’s goal was to become one of the biggest electronics manufacturing centres in the world.

Appreciating China’s infrastructure support to Andhra, he said that the aid had proven to be of great help in the industrial development sector. He also mentioned the temple city Tirupati’s potential to become the venue for IT and electronics industries, especially, the mobile phones sector.

Promotion of the electronics sector

The government had been in talks to set up a promotions team comprising 25 experts to develop the electronics manufacturing centres in the state and desks across Europe, Taiwan and other countries to draw investments and major industries to Andhra Pradesh. The AP government had sanctioned Rs 600 crores to provide subsidies to the industries and it would be increased to Rs 1000 crores if required. The minister said that the idea was to create a suitable environment for the electronics ecosystem – electronics manufacturing, component production and e-waste management.

The state government’s initiatives to train women and children on mobile manufacturing from school level are an added advantage to push the ecosystem.

Nara Lokesh claimed that the state had no competition in India. Since the past four years, a host of leading electronic manufacturers had been eyeing to set up their facilities in Andhra Pradesh and the minister informed that it had plans with top mobile manufacturers and consumer electronics leaders, along with MNCs like Reliance Jio, Holitex, Flextronics, TCL and a few more.

The minister further said that he had planned to bring in around a thousand companies to Andhra Pradesh by developing the state’s basic infrastructure. He added that the government had been mapping out plans to propose to sanction bullet trains to further advance the development of electronics and IT sectors in the state.