LG is working on an affordable G6 variant that the company will launch in 8-10 weeks from now, Amit Gujral who is head corporate marketing, LG Electronics India informed. 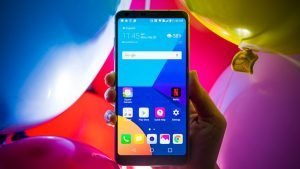 LG launched its flagship phone, the G6, in India in April. The marquee feature of the G6 is its unusual 18:9 Full Vision display. While it isn’t exactly clear how the affordable LG G6 variant will stack up against the original G6, chances are its marquee feature might just make the cut.

Gujrai informed India Today that very soon India will see a variant of the G6 at a much more affordable price. He further added that they have always brought marquee features in their flagships and have gone ahead, made much more efforts by their R&D to bring those features into slightly lower mid-end segment.

The LG G6 was launched in India at a price of Rs 51,990. It comes with an unusual 18:9 Full Vision display — instead of a regular 16:9 — and a wide-angle 13-megapixel dual rear camera system. The LG G6 is also notably the world’s first smartphone to support Dolby Vision (and HDR 10) for enhanced videos, a feature which was until now limited to high-end TVs.