LG Electronics India is looking to sell around 10,000 units of super premium range of televisions in the financial year 2017-18. 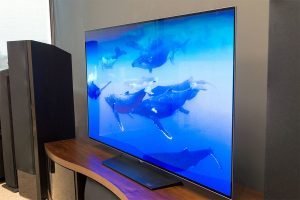 The range of the television starts at upwards of Rs 3 lakhs and goes up till Rs 30 lakhs. The company has launched nine variants of this television.

According to Rishi Tandon, business head-FPD at LG Electronics, India, the market for super premium televisions were a mere 3500 units which grew to 7000 units last year. He is hopeful that the market will grow to 20,000 units this year where LG aims to sell 50 percent televisions out of the entire consumption.

LG Electronics India also plan to launch 52 new models of television this year which will help the company to garner more market shares in the overall Indian television market.

The company will manufacture the the new range of television in its plant in Pune, according to Tandon.

LG Electronics India which sell in India through the conventional brick and mortar channels and is still evaluating their strategy to sell through e-commerce said Younchul Park, director, home entertainment at LG Electronics.