Best known for its camera-centric smartphones, Chinese manufacturer nubia, which entered India last year, has earmarked $100 million investment in the country over the next few years. 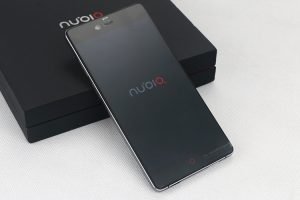 Since last October, the company has introduced seven smartphones in India that received rave reviews and a decent response from customers.

Eric Hu, India Country Manager, nubia, told IANS that the company is evaluating several measures to expand its reach by enhancing distribution channels and developing a company-owned e-store for showcasing products and accessories.

Nubia recently launched the N2 and M2. Nubia N2 is one of the sleekest in its rage with a massive 5,000 mAh battery and carries forward nubia’s legacy of great cameras.

M2 is nubia’s second dual-camera product — after a successful Z17 mini — with AMOLED display and 3,630mAh battery. At 7.9mm thickness, M2 is among the slimmest dual-camera devices available in India till date.

While talking about Z17 mini, Hu said the model was selected based on an understanding of the Indian users’ demand for high-quality imaging, sleek design and an exceptional user interface (UI).

While talking about the company’s future plans, Hu said the second half of 2017 promises to be eventful for nubia.

The company plans to launch four-five more handsets at various price points and would work to expand reach further into the tier II and tier III cities.

Samsung Expects Online Market To Rise Over 35 Per Cent In...