The past few weeks all have been bombarded with news on the OnePlus 5, this year’s iteration of the ‘flagship killer’, and the hype hasn’t died down yet. 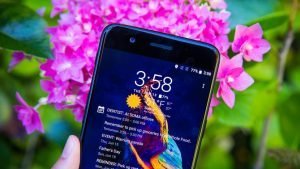 The OnePlus 5 was launched globally on June 20, followed by an India launch on June 22 with the first sale taking place on the same day.

The OnePlus 5 is currently available exclusively via Amazon India starting at a price of Rs 32,999. It has now been learned that the OnePlus 5 units sold in India are manufactured by OPPO Mobiles in India, at the latter’s facility in Uttar Pradesh.

This was discovered through a retail unit delivered to FoneArena. On the retail box of the OnePlus 5, it is written that the smartphone was manufactured by OPPO Mobiles India Private Limited at its factory in Noida.

Manufacture of the OnePlus 5 in India by OPPO shouldn’t come as a surprise since OPPO, OnePlus and Vivo are all brands owned and operated by Chinese electronics group BBK Electronics. While OPPO and Vivo are units of BBK Electronics, OnePlus is said to be a wholly owned subsidiary of OPPO bringing it under the umbrella.

Retailers offer upto 40 per cent discount on electronics and home...