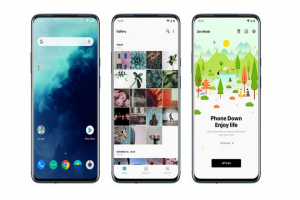 Hence, the OTA update will reach a small percentage of users initially, and a broader rollout will begin in a few days, after no critical bugs are found.

Both the OnePlus 7T and OnePlus 7T Pro updates have the same changelog, and apart from bringing the March 2020 Android security patch, the update brings along improved stability for recording videos in slow-mo. The update also fixes the random disappearances of screenshots in Gallery, and has optimised video play without any lags. The new OnePlus 7T and OnePlus 7T Pro update also brings optimised RAM management, improved system stability, and fixes some known issues as well.