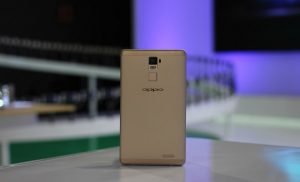 Smartphones producer Oppo, has announced its plans to establish its first research and development (R&D) centre in Hyderabad. Charles Wong, Oppo India President, considers the move as a step towards building its presence in India’s handset market. He also expressed the company’s goal to make it the second largest centre after China.

The Chinese handsets maker aims to understand its consumers in India through its new centre. It wants to develop products considering their requirement. Oppo already has its R&D centres in Beijing, Shanghai, Shenzhen, Dongguan, Yokohama in Japan and the US. The Hyderabad centre is an addition to the company’s portfolio.

Oppo has appointed Tasleem Arif, the previous head of Samsung Make for India Innovations (R&D), India Hardware-Software Product Planning as its new R&D Head and vice president. With over 15 years of work experience in mobile software, design and development, the company aims to build a staff that would focus on software localisation for Indian consumers and device quality.

The China-based firm has been in talks with components manufacturers to set up plants in India. It has also been working on its proposed tech park in Greater Noida. It has started its work on the new facility and the operations are slated to kickstart by 2019.

Oppo had emerged as the fourth largest smartphone brand after Xiaomi, Samsung and Vivo with a 10 per cent market share in the April-June quarter. The company has been eyeing to tap into the growing mobile phones market in India.

Smartphone makers have been keen on establishing their R&D centres in India to understand the diverse and huge mobile phones industry. Earlier, OnePlus had set up a centre in the country with a focus to boost its presence.