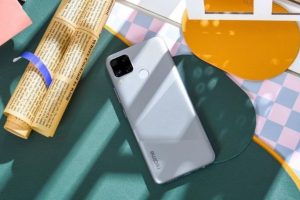 Chinese smartphone maker Realme is looking forward to launching more C-series phones called Realme C15 and C12 in India soon. As claimed by the company, the phones have Realme RMX2189 and RMX2180 model numbers have recently have recently received approval from the Bureau of Indian Standards (BIS).

We are a #TechTrendsetter brand with a ‘Dare to Leap’ philosophy & diverse product portfolio. The #realme C series was launched with one objective- to provide best-in-class features & the realme experience for every Indian.

It has also been reported that the Realme C15 was recently launched in Indonesia. A 6.5-inch IPS LCD HD+ panel, powered by octa-core MediaTek Helio G35 chipset is what the smartphone boasts about. The smartphone also comes with pre-installed with Realme UI based on Android 10 OS.

The phone also features a 13MP+8MP+2MP+2MP quad-camera system. Its front is fitted with with an 8 MP selfie camera. The devices also comes with a 6000mAh battery and supports 18 W fast charging through USB-C.

Samsung launches ‘Made in India’ smartphone