The Department of Revenue has said no to the tax incentive demand of US-based iPhone maker Apple, which wants to set up a manufacturing unit in the country. Sources said the demand of the technology major was sent by the Department of Industrial Policy and Promotion (DIPP) to its revenue counterpart. 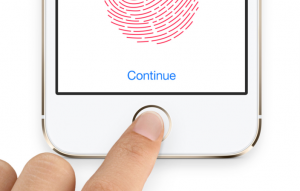 According to PTI, in a communication to the government, the Cupertino-based technology major has asked for incentives from the Department of Revenue and Department of Electronics and Information Technology (DeITy).

Besides exemption from the Customs duty on imports of components and equipment for 15 years, Apple wants relaxation in the mandated 30 per cent local sourcing of components.

Apple had earlier indicated to the government that it is ready with a blueprint to begin manufacturing iPhones in India, but wants fiscal concessions, including Customs duty waiver on import of components.

Apple executives had made a detailed presentation to an inter-ministerial group headed by Department of Industrial Policy and Promotion Secretary Ramesh Abhishek on its road map for setting up a manufacturing unit in India.

With sales tapering in the US and China, Apple is eyeing India — the fastest-growing smartphone market in the world — and looking to set up a local manufacturing unit to cut costs.

It, however, does not manufacture devices on its own and rather does it through contract manufacturers.