“The release of some firmware updates for mobile phones caused serious malfunctions and significantly reduced performance, thereby accelerating the process of replacing them” 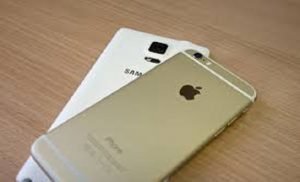 Italy’s competition authority has fined Apple and Samsung $11.5 million and $5.7 million respectively for deliberately slowing down their smartphones.

A statement published on the ‘Autorita Garante della Concorrenza e del Mercato’ (AGCM) website said, “As a result of two complex investigations, the AGCM has ascertained that the companies of the Apple group and of the Samsung group have carried out unfair commercial practices in violation of the articles 20, 21, 22 and 24 of the Consumer Code in relation to the release of some firmware updates of mobile phones that have caused serious malfunctions and significantly reduced performance, thereby accelerating the process of replacing them.”

The Italian competition authority said that Apple, starting September 2016 had proposed iPhone Six, Six Plus, Six S and Six S Plus owners to install the new iOS 10. It is to be noted here that iOS was initially developed for iPhone Seven.

AGCM further said that upgrading iPhone Six series with iOS 10 demanded higher energy consumption after installation and caused sudden shutdowns as well. Apple had released a new update for iOS 10 to counter the issues, however installing that in the iPhone Six series reduced the speed, response and device functionality. AGCM claims that none of this was informed to any consumer before releasing the iOS updates.

Apple was also charged with a second conduct that included not informing consumers about some essential characteristics of the batteries to the order. This included their average life, deterioration, as well as the correct procedures to maintain, verify and replace the batteries in order to preserve the full functionality of the devices.

AGCM charged Samsung for insistently proposing its Note Four consumers to install Android Marshmallow, which was initially prepared for the Samsung Note 7. The Italian competition authority stated that the Android upgrade lead to serious malfunctions through greater stress on the hardware.

Samsung had started proposing the Android upgrade to Note Four users starting May 2016.

Samsung and Apple are now required to publish an amending declaration on their Italian websites with a link to the AGCM’s ruling.