With the aim of strengthening the foothold in the country, South Korean electronics giant Samsung India is set to announce a key business expansion on July 9, reported Economic Times. 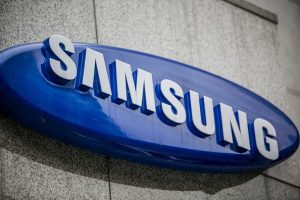 On Wednesday Samsung revealed that it will make an important announcement regarding its business expansion in India, during a highly secured environment at its Noida facility.

The business expansion comes after a year when in June 2017, the South Korean giant announced Rs 4,915 crore investment in expanding its Noida plant, where it manufactures smartphones, refrigerators and flat panel televisions.

H.C. Hong, President and CEO, Samsung India told IANS that on the back of the ‘Digital India’ movement led by millions of young Indians, Samsung is witnessing a rise in adoption of electronic devices, smart appliances and mobile phones.

Based on this happening IANS reported that Samsung registered 27 per cent growth in mobile business revenue for the financial year 2016-17 – touching a mammoth 34,300 crore. In the first quarter of 2018, it became the leader in the Indian flagship smartphone market, garnering 49.2 per cent share, according to the German research firm GfK.

Adding to this, last month Samsung revealed its new 2018 line-up of TVs including the premium QLED range. Samsung said the company is eyeing to grab more than half of the premium TV segment in the country in the next four-five months.