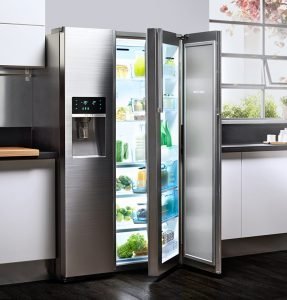 According to the Korea International Trade Association (KITA) and India media reports on March 3, The company surpassed 30 percent of the market share in 10 years after posting a 17.2 percent share in 2007. Samsung Electronics has also marked double-digit growth for the second consecutive year, showing the highest growth rate in the Indian refrigerator market.

The company is planning to launch new refrigerators, which run on solar power, in the local market. As the new models can shorten the cooling times by 31 percent compared to previous models, they are expected to receive favorable response from young, middle-class people in cities.

India with a population of 1.25 billion is the world’s third largest market based on gross domestic product (GDP) in terms of purchasing power. Samsung Electronics has started expansion of its Noida plant in Uttar Pradesh, which was established in 1996, by two times from last year.

On October 17 last year, Samsung India Electronics signed a memorandum of understanding (MOU) with the government of Uttar Pradesh to invest 19.7 billion rupee (US$294.73 million or 341 billion won) in its Noida plant expansion. The Indian government will provide various benefits to electronics businesses, including Samsung Electronics, like tax cuts, according to the National Policy on Electronics.

Logitech Announces Acquisition of Blue Microphones for US$ 117 Million in...