Sony India the local arm of Japan’s leading consumer electronics maker, has decided to step up ‘Make in India’ for televisions and smartphones instead of relying largely on imports, as it did earlier, in view of the government’s move to increase taxes on overseas products, as per ET report. 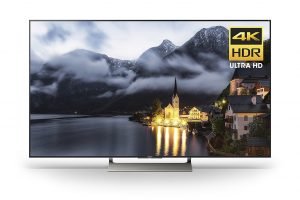 The report highlighted that Sony India managing director Sunil Nayyar said that company’s parent in Tokyo is in the process of finalising whether to expand third-party manufacturing or set up a plant in India.

While the tax on finished LED TV panels imported for local assembling is 15 percent, import duty is 5 percent on open cell TV panels which require further assembling before being used for production. There is 10-15 percent import duty on smartphone components such as camera modules, printed circuit boards, chargers, batteries, speakers and keypads.

Sony had started manufacturing of entry-level televisions in 2015 at the Foxconn plant in India, while last year it extended the partnership to manufacture two mid-segment smartphone models. Over time, the company has increased local production to TV units of up to 55-inches, and Nayyar said the company will expand production to include more models. He said Sony has not increased television prices despite the increase in duties, absorbing the burden and insulating customers in the process.