Japanese consumer electronics maker Sony’s India revenue declined for the second consecutive year in fiscal 2017, which industry executives attributed to a slowdown in televisions due to intense price competition and a lag effect from the downsizing of its smartphone business. 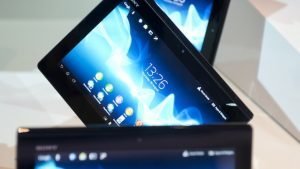 As per the company’s filings with the Registrar of Companies, Sony India’s revenue fell 11 percent to Rs 7,181.84 crore in 2016-17 from Rs 8,073.33 crore the year before. It had posted peak revenue of Rs 11,010.3 crore in 2014-15. According to Economic Times, Sony India sales head Satish Padmanabhan said the drop in revenue was primarily due to restructuring in the mobile phone business. “All our other product categories have registered robust growth,” he said.

Incidentally, Sony India was expecting flat growth in 2016-17, managing director Kenichiro Hibi had told ET in May. He had then said revenue growth would be impacted due to the high base effect of laptop business, which it had exited as a global strategy in 2014, and exit from entry-to-mid level smartphones last year.

Sony had last year lost the second spot in the overall LED television business to LG India. Several new brands have entered the television market, mostly through the online route, creating pricing pressure in the entry-level segment. The television business contributes around 60 percent to the company’s sales in India.

Sony this month re-entered mid-segment smartphones exclusively in India with two models, priced at Rs 12,990 and Rs 14,990, and started making them in the country. It also launched OLED televisions in the premium segment and is expanding local contract manufacturing to larger screens.

Xiaomi pushes for smartphone component suppliers to invest in India