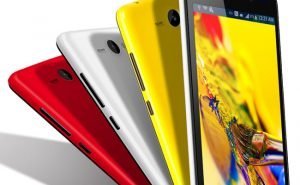 Currently, the company is sourcing handsets from three original equipment manufacturers (OEM) in India, of which two are based in Noida, while another is located in Daman.

In recent years, Noida and Greater Noida have emerged as the country’s mobile phone assembly hub with brands such as Lava, Intex, Karbonn and Samsung setting up their units. These plants basically churn out mobile phone handsets from imported knocked-down (CKD) kits, mainly sourced from China.

Noida has a capacity to manufacture over 140 million handsets per annum, which equals almost 40 per cent of the country’s yearly demand.

Recently, Union IT minister Ravi Shankar Prasad had said more initiatives were in offing to boost electronics manufacturing. The segment is vital for creating millions of jobs in near future for both skilled and semi skilled workforce.

The domestic mobile phone production is estimated to touch 500 million devices by 2019-20.

Meanwhile, Spice launched 5 new feature phones and 3 smart-phones in Lucknow. The fresh product portfolio is priced between Rs 850 to Rs 9,500. Transsion Holdings is targeting to strengthen its foothold in India, which is the world’s fastest growing mobile market with the addition of its third brand in their multi brand portfolio.