Consumer electronics brand, TCL will be making TVs and panels in Tirupati and later has plans to start making ACs, washing machines, etc. 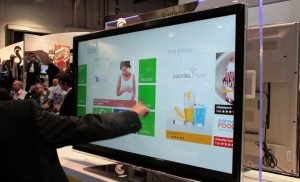 TCL has announced that it will invest around Rs 2,000 crores in its new production unit at Tirupati, Andhra Pradesh. With a capacity to produce 3 million TVs per year, it is slated to function from October 2019.

Mike Chen, TCL India Country Manager, said that TCL would bring out products from its Tirupati plant next year and informed that the factory would be making TVs and panel parts, apart from assembling the products. He has regarded the facility as one that supports ‘Make in India’ initiative. While the glass cutting for the panels will be done in China, all the other processes involved in the making will be done in Tirupati. TCL also plans to enter the original equipment manufacturer (OEM) industries and aims to raise its sales.

TCL wants to expand its footprint in India through its new facility. The company has informed that it was exploring the appliances market of mobile phones, washing machine, refrigerator and air conditioners.

The investment plan will be executed in two phases. In its first phase, TCL will invest Rs. 2000 crores, while the amount for its second phase will be dependent on the results of the first one. The China-based firm, which has its business across 80 countries, aims to sell around one million TV units next year and expects to strengthen its brand name through this new plant.

TCL has been growing at a rate of 37.2 per cent annually. During January-June this year, the company’s global sales crossed 13.17 million.