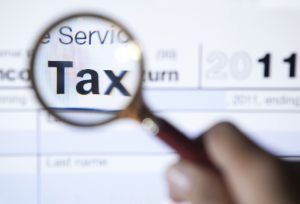 A white goods major had to pay a heavy price for supposedly deceiving customs duty. The settlement commission has ordered Toshiba India, a subsidiary of Japan-based Toshiba Corporation to pay Rs159 crore as duty, interest and fine in a case relating to customs duty evasion, involving imports of LED/LCD television sets.

The company was charged with of miscount of import distribution,deceitfully availing concessional rate of duty under the India-Asean Preferential Trade Agreement without following the designated conditions.

The company imported complete TV sets in semi-knocked down condition but declared it as parts of TV sets and wrongfully claimed exemption from basic customs duty. The company had moved the settlement commission agreeing to pay the duty, thus seeking privilege from persecution. Settlement Commission offers a platform to settle cases involving evasion of customs duty payment.

Directorate of Revenue Intelligence which scrutinized the case told the commission that the company had involved in duty elision.

The commission said there are private emails exchanged between the senior management showing they knew what was done by them was illegal.

Amazon Partners with Qualcomm To Put Alexa In Wireless Headphones