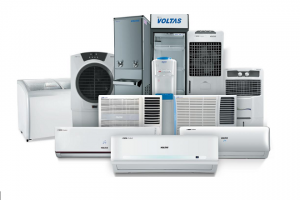 Voltas Limited has launched its new brand shop, Gayatri Enterprises at Deoghar, Jharkhand. It says that this will be the first brand shop of the company in Deogarh.

Pradeep Bakshi, Managing Director & CEO, Voltas Limitedsaid, “We are delighted to announce the launch of our brand shop, which will house the entirerange of Voltas and Voltas Beko products. Customer centricity is at the core of all our offerings and Voltas Beko has been built on the same principles. Voltas is the No.1 AC brand with 25 per cent market Share, having a sizable lead over its nearest competitor. We aim to make Voltas Beko a market leader in the white goods space.”

In terms of range, the 2019 Voltas AC range consists of over 100 Semi Knock Down Units (SKU) with 39 SKUs in inverter ACs, 26 in Split ACs and 32 in Window ACs, besides Ccssette and tower ACs as per Voltas. The company has also launched 39 new SKUs of its Voltas fresh air coolers with smart humidity controller. These categories include personal, window, tower and desert air coolers.

In an official statement Voltas said, “The Company also strengthened its overall portfolio by introducing 43 SKUs of commercial refrigeration products, including convertible freezer, freezer on wheel and curved glass freezer. The company has launched 25 SKUs of Water Dispensers, and 22 new SKUs of water coolers.”