Chinese smartphone maker Xiaomi plans to expand manufacturing of its handsets in India, as it aims to challenge the dominance of Samsung Electronics in the world’s fastest-growing phone market. 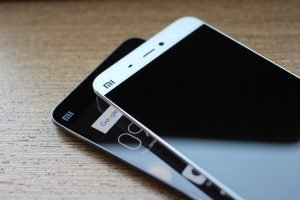 With the first plant running in full capacity, Xiaomi is now contracting Foxconn for another exclusive production unit in the same state as demand for smartphones surges in the world’s second-most populous nation amid ultra-low prices for high-speed Internet.

Xiaomi’s expansion comes at a time when India is set to become the second-largest smartphone market in the world this year. The country’s smartphone market grew 5.2 per cent to 109 million-unit shipments last year.

In the quarter ended in December, Beijing-based Xiaomi was the second-largest smartphone maker in India behind Samsung Electronics, with a 10.7 per cent market share, according to data from IDC. Last year, the company reported $1 billion in revenue from the country, which is its largest market after China.

The company, once one of the most valuable start-ups in the world, shifted focus to India after it last year slipped off the top five ranking in its home market, where a number of smartphone makers such as Lenovo, Oppo, Vivo and Huawei Technologies are jostling for space.

These companies together accounted for a 46 per cent share of the India’s smartphone market in the last quarter. Xiaomi felt the heat of competition in India too, where its market share briefly slipped in the first half of the year.