The company claims it sold twice the number of smartphones in comparison to what it had sold last year. Other Xiaomi products making it to the list include Mi LED TVs and Mi Ecosystem products 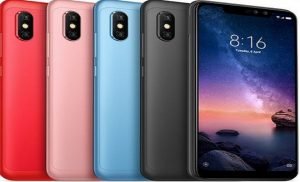 Xiaomi, the China based electronics company, announced that it has sold over 2.5 million Xiaomi devices in India in under two and a half days. The milestone, as per the press release issued by the company was achieved between 12PM on 9th October 2018 and 7PM 11th October 2018.

Raghu Reddy, head of categories and online sales, Xiaomi India said, “We have witnessed tremendous success during our festive season year on year, and this year has been yet another incredible one with our products seeing wonderful performance in less than two and a half days. We are thrilled, and equally humbled by all the love we received from our customers and Mi Fans across India, and we hope we continue to contribute immensely to the joyous celebrations of our customers and their loved ones, by offering them the best of our innovative products. We hope that with each passing milestone, we are able to provide smiles to millions of our customers during this festive season.”

Xiaomi devices that made it to the 2.5 million mark

Another major feat as claimed by the company included all Xiaomi devices achieving bestseller status in their respective categories on Amazon.in. Not only was Xiaomi’s Redmi 6A the bestselling product across all categories but the all ten bestselling smartphones during the Amazon festive sales period were from Xiaomi.

Amazon festive sales and Flipkart big billion days were undoubtedly the biggest platforms that played a huge role in this amazing feat. Apart from all the advertising and marketing done by these e-commerce giants, Mi also had marketed and advertised its products aggressively. Xiaomi products were also available at discounted prices on the Mi website as a part of company’s super sale period.

It indeed is breath-taking to see a electronics manufacturer posting such high sales figures, especially after being just eight years young.

Surya Roshni to de-merge its lighting and consumer durables business